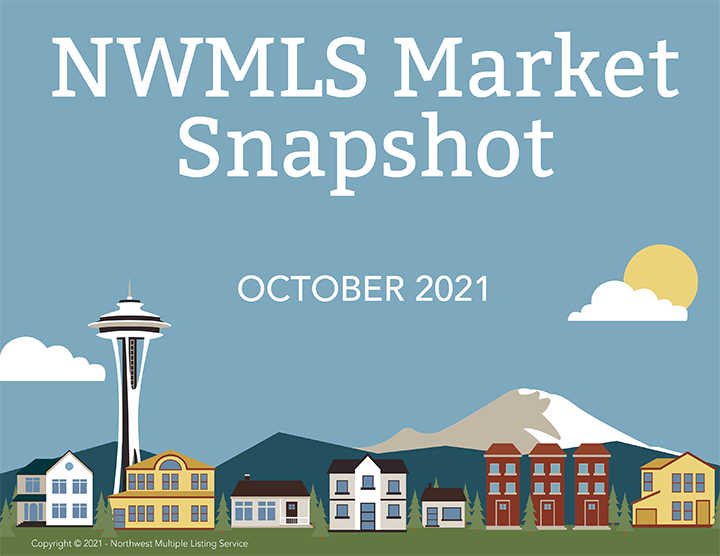 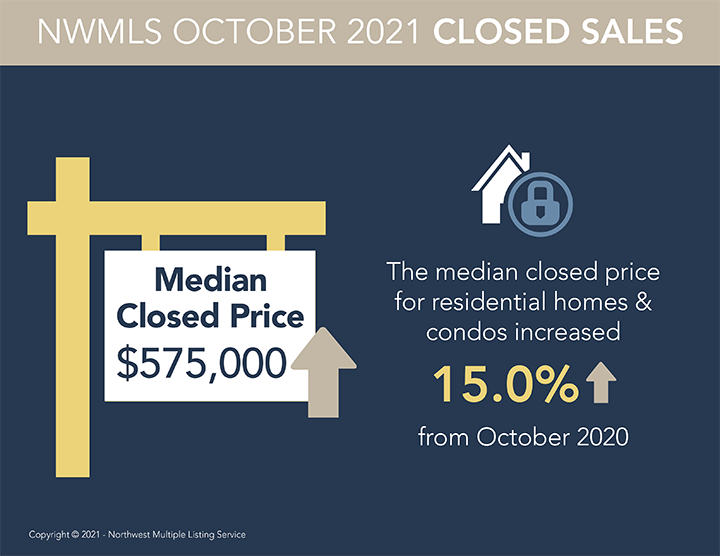 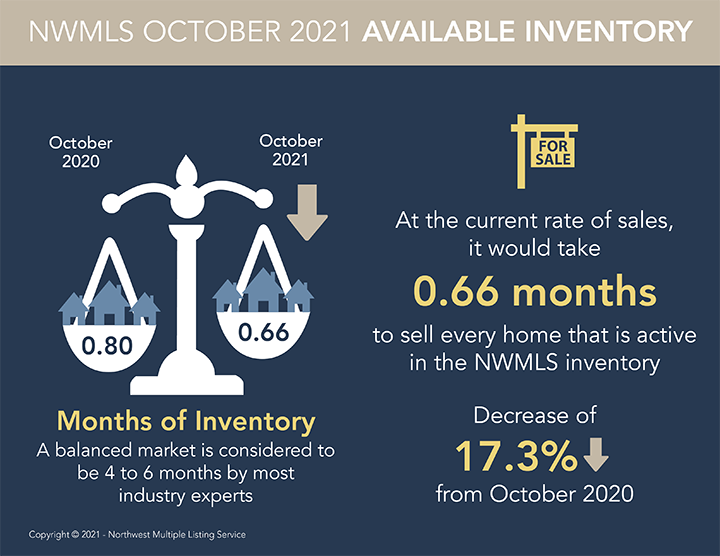 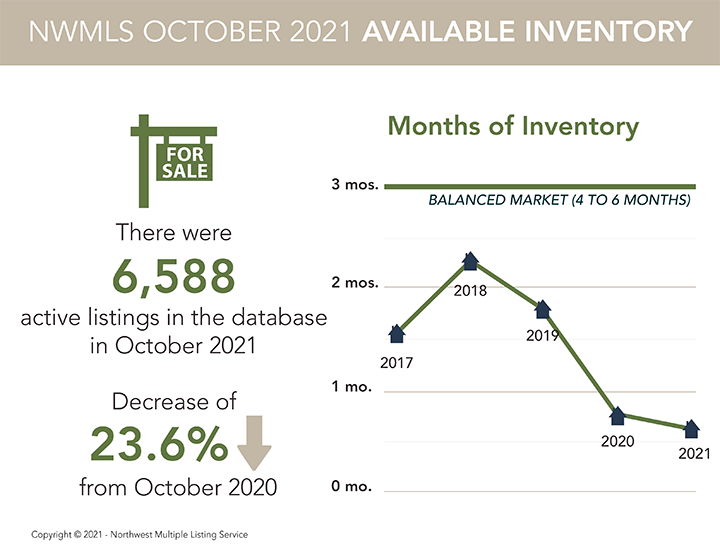 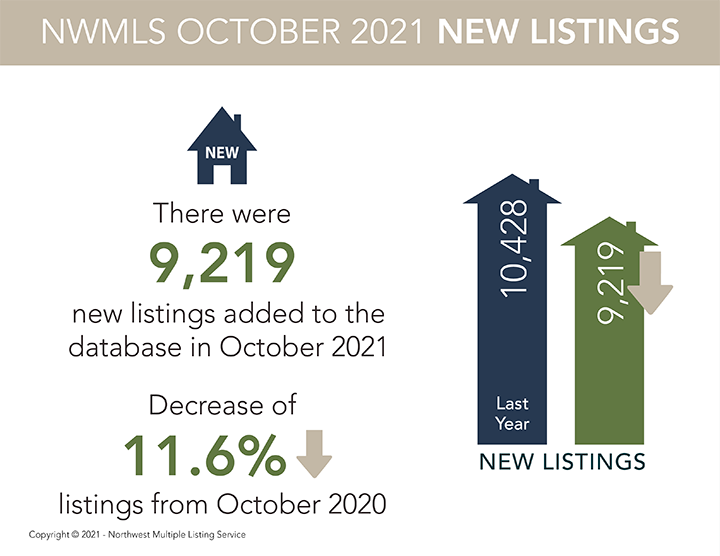 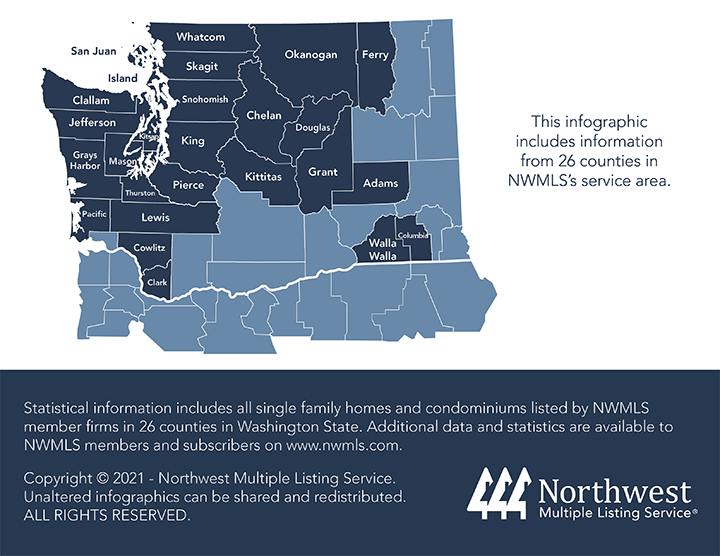 Buyer hesitancy sidelines some, while
others compete for scarce housing inventory

Northwest Multiple Listing Service brokers are detecting indecisiveness by some buyers who are getting mixed “work from home” messages from their employers. The hesitancy, coupled with cooler, wetter weather and increases in mortgage rates were likely factors in slower listing and sales activity during October.

Northwest MLS brokers reported 10,620 pending sales last month, a drop of 3.8% from a year ago and a decline of 6.2% from September. Pending sales volume fell in 13 of the 26 counties in the MLS report, but tight inventory could be hampering the ability of buyers to find their dream home.

The latest report shows there were 9,983 closed sales during October. That was 823 fewer completed transactions than a year ago (down 7.6%) and 306 fewer than September (down about 3%).

House hunters were able to select from 9,219 new listings MLS added to inventory last month. That was 1,209 fewer than the same month a year ago for a drop of 11.6%. Compared to September, new listing activity shrunk nearly 19%.

At month end, there were 6,588 active listings in inventory, down 23.6% compared to a year ago, and the smallest selection since June, but the selection improved by double digits in eleven counties.

Measured by months of supply, there was less than three weeks of supply area-wide (0.66). Eleven counties, including eight in the Puget Sound region, had less than one a month of supply.

This site uses Akismet to reduce spam. Learn how your comment data is processed. 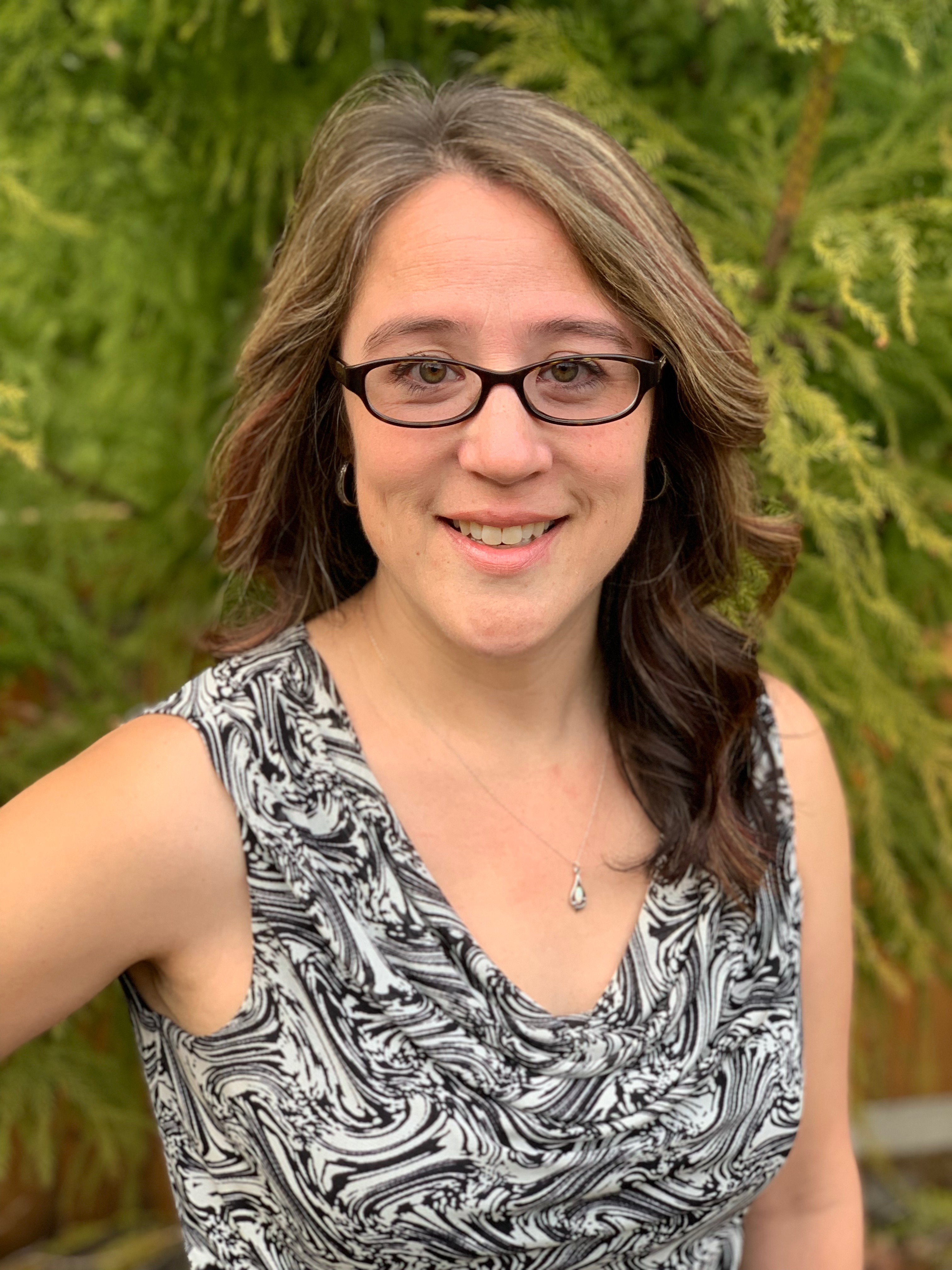 If you have a disability that is preventing you from experiencing this website, call 1-253-653-9033.