The Federal Reserve recently cut interest rates for the first time since the Great Recession took hold in 2008, though the move is not likely to deliver significant juice to an already favorable borrowing environment for home buyers. The federal funds rate, which is what banks charge one another for short-term borrowing, will now hover between 2% and 2.25%, according to news reports.

The Fed says its decision to lower interest rates, which comes after months of pressure from President Donald Trump, is designed to stave off the threat of an economic downturn. But it’s unlikely to translate into additional mortgage savings for many buyers. With the interest rate for a 30-year loan already hovering below 4%, the Fed’s move may be more meaningful for buyers with other types of financing, says Lawrence Yun, chief economist for the National Association of REALTORS®. “Many borrowers will benefit, especially those with adjustable-rate mortgages and commercial real estate loans,” Yun says. “The longer-term 30-year fixed-rate mortgages will see little change in the near future because they had already declined in anticipation of this latest move by the Fed.

“These low interest rates will partly help with housing affordability over the short-term. Both rents and home prices have been consistently outpacing income growth. The only way to mitigate housing-cost challenges as a long-term solution is to bring more supply of both multifamily and single-family homes to the market,” adds Yun.

Still, lower borrowing costs are helping buyers manage rising home prices. For example, buyers who spend $1,500 on monthly mortgage payments can afford to purchase a $402,500 home this year compared to $367,500 last year, when mortgage rates averaged 4.57%, according to realtor.com®. “Last year, buyers would have needed an additional $145 a month on top of the $1,500 to afford a $402,500 home,” says Danielle Hale, realtor.com®’s chief economist.

In some locales, buyers’ money can stretch even further. “An extra $35,000 in purchasing power, depending on where you are in the country, can really make a difference to buyers today,” Hale says. “It still counts, even with home prices up 6% nationally. That increase in purchase power is greater than the national price increase.” 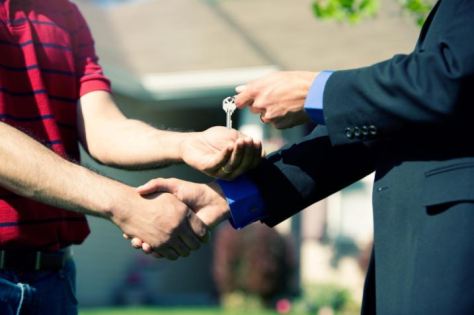 After inventory and affordability challenges in 2018, prospective home buyers may have better chances of scoring a property this year. Affordability will remain an issue in some high-priced markets, says realtor.com® Chief Economist Danielle Hale, but overall, the national market is looking brighter for buyers who have stayed on the sidelines. Here’s why.

More homes are for sale. For the last few years, a limited number of listings has given buyers fewer choices. But housing experts predict more robust inventory this year. “For buyers, there is going to be more inventory, so that’s a bright spot,” Hale says. “The downside of that bright spot is it might not be in their price range.” The supply of homes for sale under $300,000 may not grow significantly, but they’re also not decreasing, she adds.

Home price growth is slowing. Home prices will still rise but at a much slower pace than the last few years. Hale predicts a 2.2 percent increase in home prices this year, down from last year’s nearly 5 percent growth. “We do still anticipate rising home prices, particularly for below-median-priced homes, so buyers in that price range may have some incentive to buy sooner rather than later,” Hale says. On the flip side, “as rising costs raise the bar to homeownership, some would-be buyers will be knocked out of the market. [That means] remaining buyers may have less competition to contend with than they saw in 2018.”

Mortgage rates are lower. The 30-year fixed-rate mortgage has backed away from the 5 percent mark, decreasing early this year. That means lower borrowing costs for buyers. The 30-year fixed-rate mortgage averaged 4.41 percent last week. “That’s definitely a huge opportunity for buyers because it drastically improves affordability,” Hale says. “And I think that if these low rates persist for a little while, then we’ll actually see stronger sales than we originally forecast.”

At the national level, housing affordability is down from last month and down from a year ago. Mortgage rates rose to 4.99 percent this November, up 19.1 percent compared to 4.19 percent a year ago. 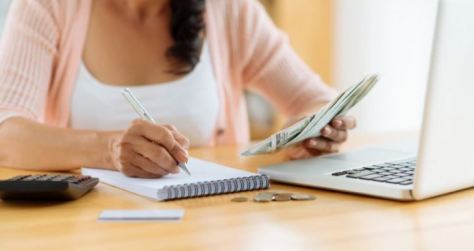 While there have been signs recently that the market may be shifting toward the favor of home buyers, prices are still on the rise in many areas around the country. The median sales price in July was $230,411, up 5.8 percent year over year.

But if buyers are hoping to wait it out, remember that mortgage rates are also increasing. The typical mortgage payment jumped 13.1 percent over that same one-year period, due to a nearly 0.6 percentage point increase in mortgage rates, according to new data from CoreLogic, a real estate research firm.

Mortgage rates are expected to keep rising, too. CoreLogic researchers predict a nearly 10 percent increase in buyers’ mortgage payments by next July, twice the rate expected for home prices. Rates are expected to increase by about 0.43 percentage points between July 2018 and July 2019. Housing forecasters predict median home sale prices to continue to rise by 1.8 percent in real terms over that same period.

Based on these projections, CoreLogic researchers predict the inflation-adjusted typical monthly mortgage payment to rise from $937 in July 2018 to $1,003 by July 2019. Furthermore, real disposable income is expected to increase by only around 2.5 percent over the next year. That means “home buyers would see a larger chunk of their incomes devoted to mortgage payments,” CoreLogic researchers note.

To calculate the typical mortgage payment, CoreLogic researchers use Freddie Mac’s average rate on a 30-year fixed-rate mortgage with a 20 percent down payment (not factoring in taxes or insurance). The typical mortgage payment standard is used to help judge affordability since it shows the monthly amount a borrower would have to qualify for to get a mortgage to purchase a median-priced U.S. home.

Nevertheless, while mortgage payments are on the rise, they’re still low by historical standards, CoreLogic researchers note. In July 2018, the typical inflation-adjusted mortgage payment still remained 26.8 percent below the all-time peak of $1,280 in July 2006. The average mortgage rate in June 2006 was 6.7 percent compared to 4.5 percent in July 2018.

Likely to be a hallmark of this year’s spring homeselling season: Bidding wars. As home listings are scarcer and buyer demand remains high, home shoppers are finding a lot more competition this spring, particularly in hot markets like the San Francisco Bay area, Denver, and Boston.

An improving job market, growing consumer confidence, and the threat of rising mortgage rates have Americans flocking to housing. But many markets remain tight for listings. Housing starts remain well below levels prior to the recession and are geared more toward the higher end of the market. Homeowners also are reluctant to sell their existing home because they’re unsure of where they’d move to with the dearth of listings.

The Federal Reserve hiked short-term interest rates recently, in a move largely predicted by economists. So, what does this mean for mortgage rates and buyers?

Indeed, mortgage rates have risen near to 60 basis points since the presidential election. More than twice the quarter-point increase that the Fed voted on Wednesday.

The Fed announced that it expects to raise short-term rates three times next year by a total of 75 basis points.

“That means rates like we’ve seen for most of the past five years are indeed history,” writes Jonathan Smoke, realtor.com®’s chief economist, in his latest column. Mortgage rates in the 3 percent range are gone.

“Mortgage rates will move higher before the Fed acts again, so if the Fed carries out its three planned hikes in 2017, we could come close to 5 percent on 30-year conforming rates before the end of next year,” Smoke notes.

On Wednesday, the average 30-year conforming rate was just under 4.2 percent.

Smoke believes that rates are more likely to move in the month ahead of each key Fed policy meeting. As such, the important meetings to note are in March, June, September, and December 2017.

How big of an impact could rising rates have in the coming months? A median-priced home would be $978 per month payment at Wednesday’s rate of 4.2 percent (and assuming a 20 percent down payment), realtor.com® notes. Take that rate to 5 percent, the monthly payment jumps up to $1,074, nearly $100 more.

“If you intend to buy next year and finance the purchase with a mortgage, acting sooner rather than later will cost you less,” Smoke says is the message to home buyers. 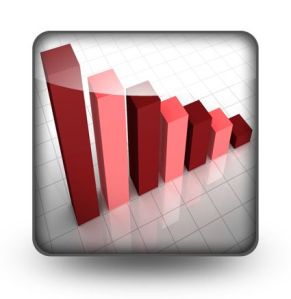 Fixed-rate mortgages recently dropped to their lowest averages of the year, which analysts attribute to the fallout from the recent “Brexit” vote. The 30-year fixed-rate mortgage averaged 3.48 percent, only 17 basis points from its all-time record low of 3.31 percent in November 2012, Freddie Mac reports.

Read the article for more details…

What should you watch for this year? The Urban Land Institute recently released its “Emerging Trends in Real Estate” report, covering the U.S. and Canada, for the coming year. The report covers some of the top trends expected to impact real estate in the short and mid-term.

Here are a few trends ULI says you should have on your radar screen for this year.

Low mortgage rates, declining home prices, and homes that are lingering on the market longer are three main reasons why the next three months could be the best time to buy so far this year, says Jonathan Smoke, Realtor.com®’s chief economist.

“The spring and summer home-buying seasons were especially tough on potential buyers this year with increasing prices and limited supply,” Smoke says. “Buyers who are open to a fall or winter purchase should find some relief with lower prices and less competition from other buyers.”

Borrowing costs got even cheaper for home buyers and refinancers last week, as mortgage rates continued to descend.

If you have a disability that is preventing you from experiencing this website, call 1-253-653-9033.